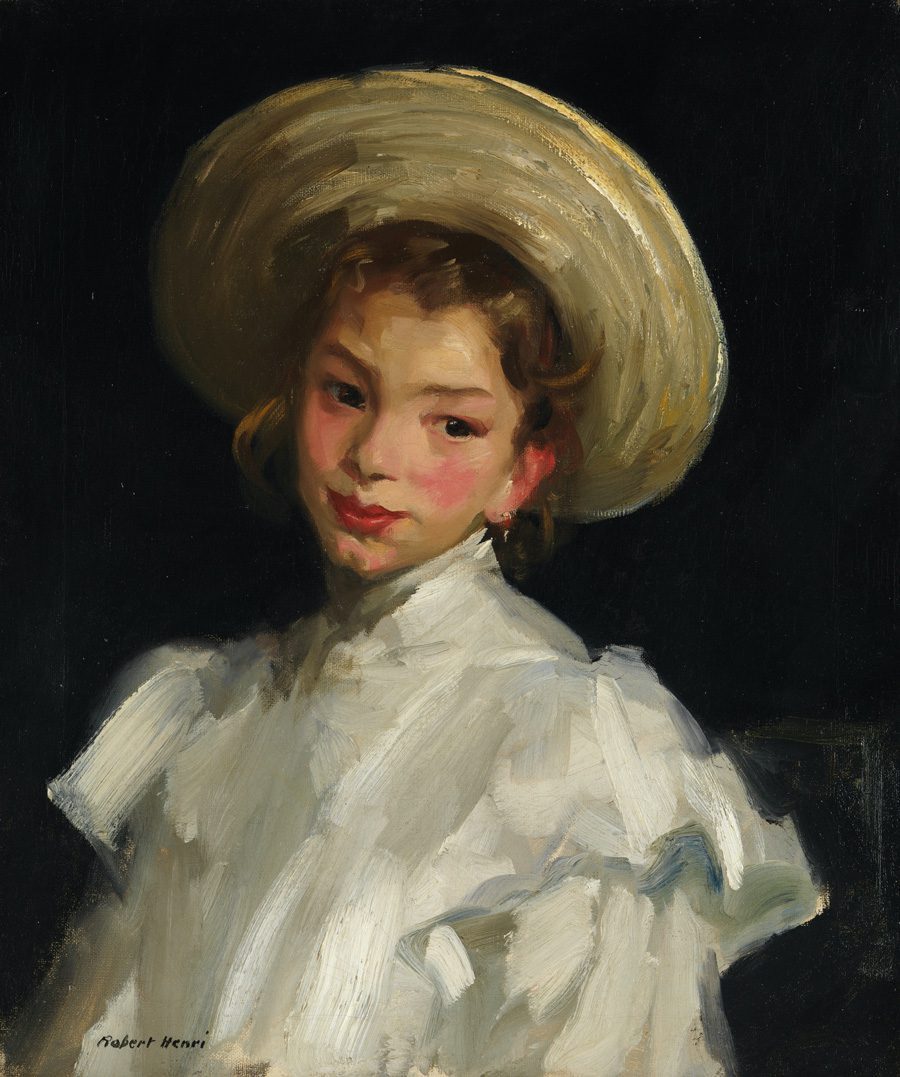 Join us for this free lecture, open to the public.

Artist Judith Reeve will follow Friday’s lecture on Saturday with a demonstration and workshop focused on the palette of Robert Henri. To learn more about the workshop, click here.

For the painter, the color palette facilitates an active engagement with reality. It allows the artist to articulate his ideas through the materials of pigments and the elusive optics of color, creating a language sensitive to the emotive interplay between the artist and his subject.

An American Painter identified with “The Ashcan School” of painting, Robert Henri sought to investigate color theories and set-palette designs to unleash the potentiality latent within his color practice. These color investigations, which began in 1909 and extended until the year of his death in 1929, are part of Henri’s archive.

Reeve came to study these Paint Notebooks over many years and has applied Henri’s understanding of color through her painting practice and teaching. In this lecture, Reeve will show pages from Henri’s Paint Notebooks, explain the color theories and investigative processes Henri engaged in, and connect Henri’s practice to our own.

​This artist talk is made possible by the generous support of the Robert Lehman Foundation.

Judith Reeve is a professional painter, teacher, and writer. Reeve spent four years independently studying Robert Henri’s archive, housed at Yale’s Beinecke Rare Book and Manuscript Library. Reeve has written extensively on her research of Henri’s color theories through her blog, Attentive Equations (2009-present). She is presently completing a book on The Color Investigations of Robert Henri. Reeve studied at the Lyme Academy of Fine Arts (1992-94) under the tutelage of Deane G. Keller and Dan Gheno receiving the John Stobart Fellowship which allowed her to continue her studies abroad in Rome.  Reeve is an adjunct professor of drawing at SUNY Sullivan.

Robert Henri (1865-1929) was one of America’s greatest artists and teachers. Henri studied at the Pennsylvania Academy of Fine Arts in Philadelphia under Thomas Anschutz before travelling to Paris in 1888, to study at the Academie Julian under William-Adolphe Bouguereau. By the end of 1891, he returned to the States and became an important influence on the American art scene in New York City. Today Henri is considered one of America’s greatest art instructors, and it is believed that he taught at least one thousand students, including Edward Hopper and George Bellows.

Parking Information and Campus Directions
Coming from I-95, onto Lyme Street, enter the second parking lot on Lyme Academy’s campus (with the circular drive). Pull behind the building into the parking lot. Follow path past bronze sculpture of a woman called Exuberance, on your left. The Foundations Studio will be to your right as you enter the door on the right.

COVID-19 Policy
Guests will be required to show proof of vaccination. The Lyme Academy of Fine Arts has removed the mask mandate for students, staff, faculty, models, and visitors inside of our buildings.

The health and safety of our guests are of the utmost importance. We are regularly monitoring the guidelines of the CDC and will adjust our policies accordingly.