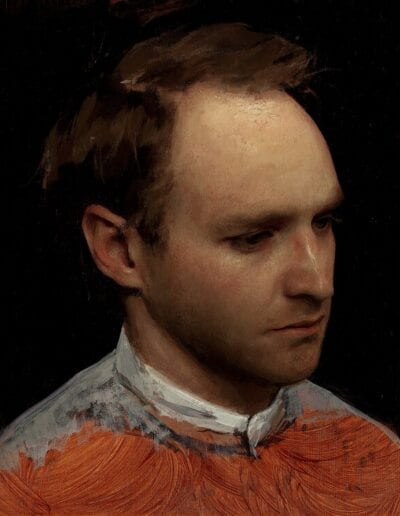 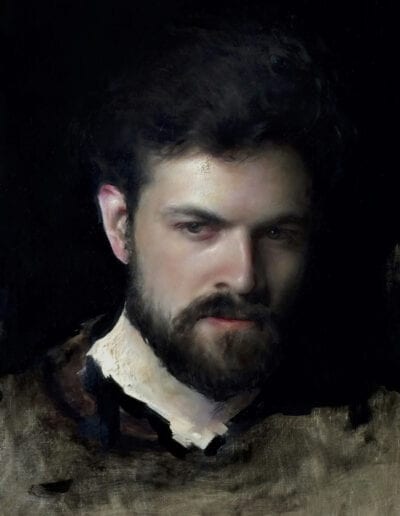 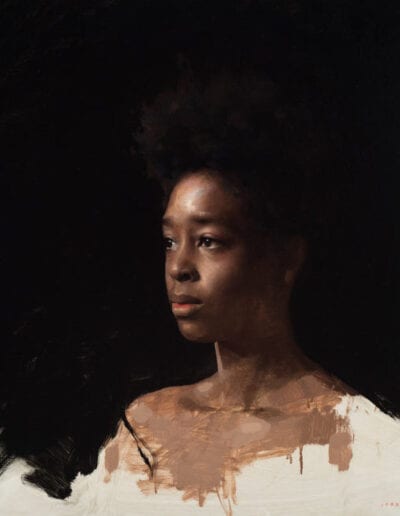 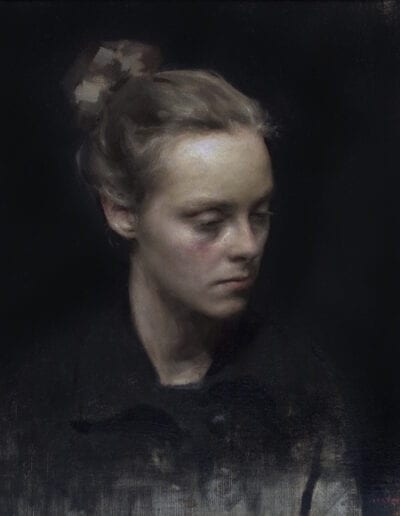 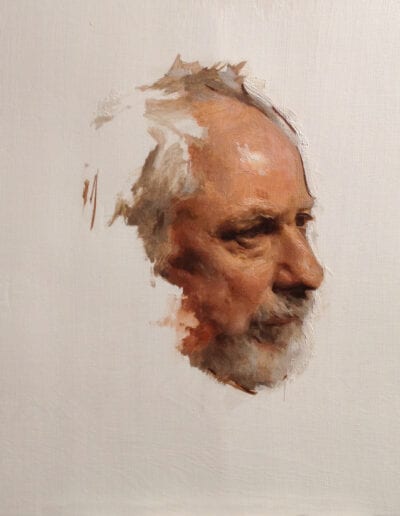 Jordan studied and taught drawing and painting in Italy and Spain for eleven years before returning to the United States in 2014. In 2015 he participated in establishing the U.S. branch of The Florence Academy of Art in Jersey City, New Jersey, serving as its Academic Director for five years before joining the staff of the New York Academy of Art as an adjunct professor. Jordan’s work has been exhibited in galleries and museums throughout Europe and the United States, including London’s National Portrait Gallery, the Scottish National Portrait Gallery, and the Ulster Museum in Belfast as part of the 2015 BP Portrait Exhibition, and has been featured in numerous fine arts publications and books. Jordan’s intimate and psychologically-charged portraits conjure the depths and complexities of the human experience, using flesh and the human form as a narrative vehicle to explore themes of life, death, memory, and time. The impact of these meticulously layered paintings has reverberated with critics and collectors, who both look forward to opportunities to encounter and grapple with his work.