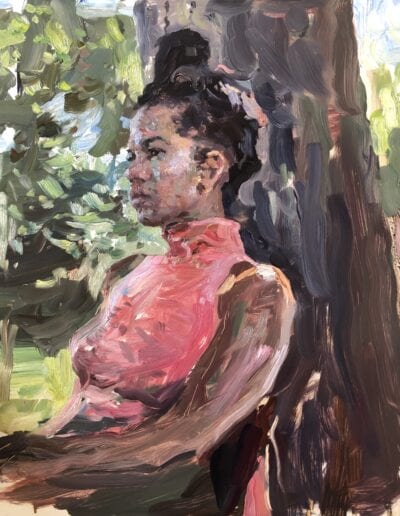 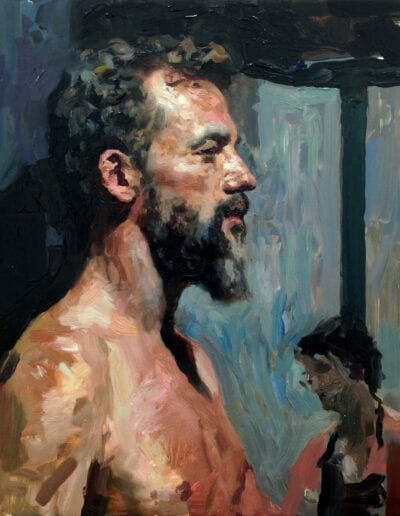 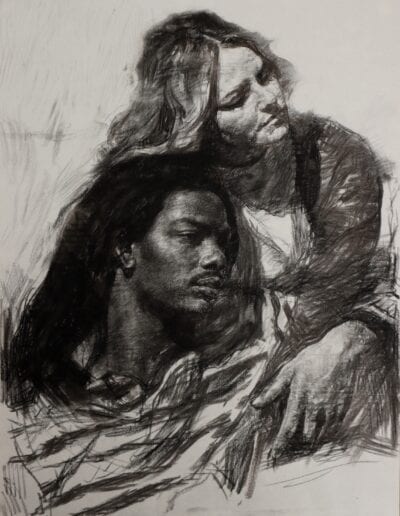 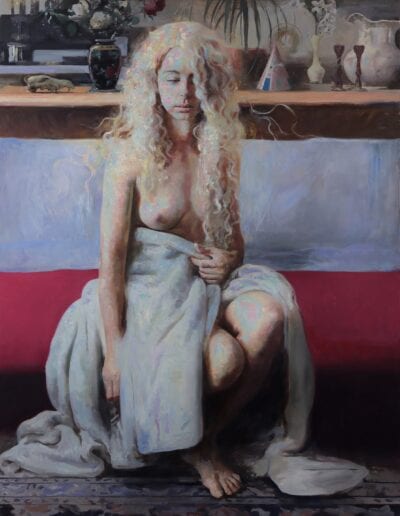 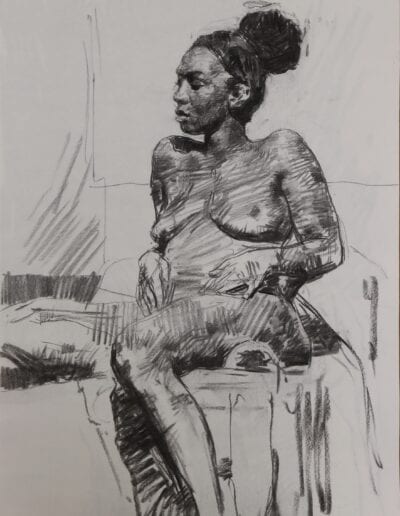 A graduate of the Lyme Academy College of Fine Arts in 1999, Hollis has been drawing and painting the human figure for more than twenty years. His long list of awards and distinctions include First Prize at New York’s National Arts Club (twice), the John Stobart Fellowship, and the Elizabeth Greenshields Foundation Grant (twice). His work has been exhibited at venues from San Francisco, Los Angeles, and Denver to New York and Miami, garnering extensive critical acclaim across the United States. The foundational skills that Hollis learned at the Lyme Academy, particularly from his teacher Deane G. Keller, have allowed him to become increasingly creative in his work, mixing modern and classical elements, as well as exploring abstract and modern color theories. His attention to surface and the varying thickness of his paint contribute to the expressiveness and energy of each brushstroke he applies. The success of Hollis’s process is evidenced by the demand for his teaching, both nationally and abroad.